You are here: Home / My Wine Tasting Room

Wine has been a part of my life since birth.   I spent my early years going to work with my grand father. He owned a neighborhood bar called Kay’s Bar and Grill located on Bissonnet in Houston.  My father and mother were busy starting a new restaurant at the time, so I lived with my grandparents.   My grandfather (William Duncan Ball) had been an employee of Southern Select Beer which closed during prohibition.    He opened Kay’s Bar sometime during prohibition.

The front windows of Kays were glass blocks that could not be seen through.    The front door had 3 pieces of glass at the top.  I was told that revenue agents would shone their flashlights through the glass in the door.   Patrons and employees would crawl on the floor when this happened.

My experience at Kay’s was well after prohibition ended.  I slept in a wooden wine box (my crib) which was located behind the bar counter.   When I would be a little too noisy.  I was given a grasshopper (equal parts crème de menthe, crème de cacao, and cream).   The green milk put me to sleep and tasted better than the white milk.  I walked around the bar in my diapers and played mule train on the juke box and pin ball games.  My ideal life ended when I moved in with my parents when I turned seven.   My drinking  days were over for a while but my being around wine and liquor was not.   My father had a private club which had a wine cellar.   So I got to look at all the great French wines and dream about when I could taste them.  Three things happened which changed the private club forever in 1972, the private club became a restaurant and opened to the public, I joined the business, and we bought wine from California.

My first job was to become the wine expert for our family business (we also had two motels).   My father started my education by giving me a copy of Hugh Johnson’s Wine Book.   Our goal was to become the wine restaurant in Houston.   The restaurant became one of the first Houston restaurants to receive a Wine Spectator Grand Award.   My favorite moment came when Robert Parker of the Wine advocate came to Houston.   He looked at our wine list and said he thought he was in a wine shop.   We had an inventory.    A natural spin off of having a wine inventory was doing wine tasting.    My Wine Tasting Room is covered with photos and articles of wine tasting we did at the restaurant.

I stopped doing wine tasting and left the restaurant business to raise two boys and start Man-Edge Properties.   Two years ago I decided it was time to convert the den to my wine tasting room and start doing wine tastings again.   The fact that I had a  stocked wine cellar built into the home helped.   My cellar is not near as big as the restaurant cellar was but I can store 100+ cases of wine at 53 degrees with 68 degrees humidity.   I won’t be able to bring some of the great winemakers to the house that regularly did wine dinners at the restaurant..   But I can entertain you with stories which would never get published and photos of some of these people when they were young.   I have about 300-400 glasses and can seat 14-20 in the wine tasting room and 30 in the wine garden area of the back yard. 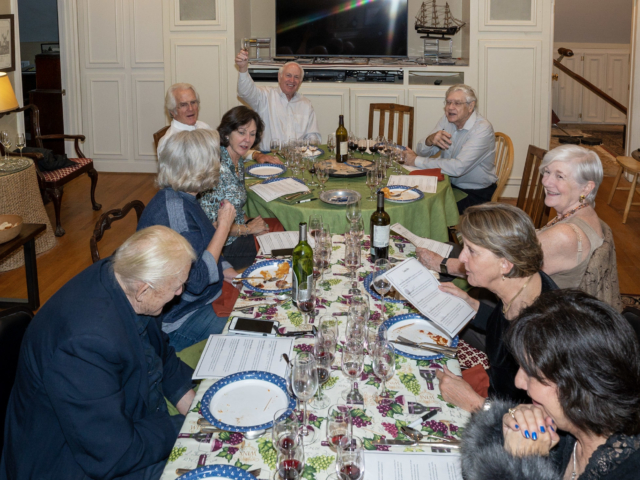 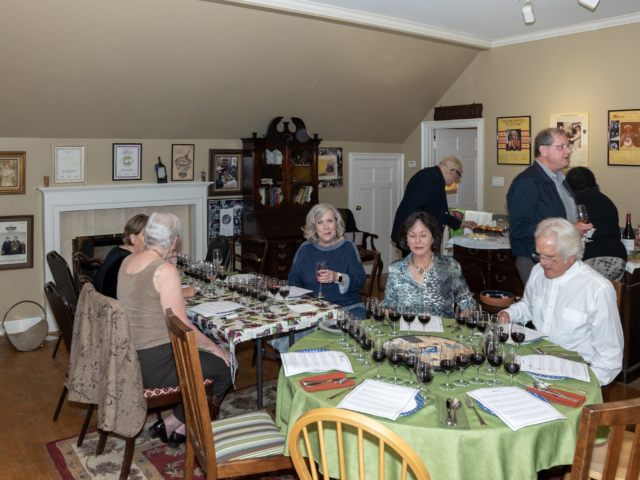 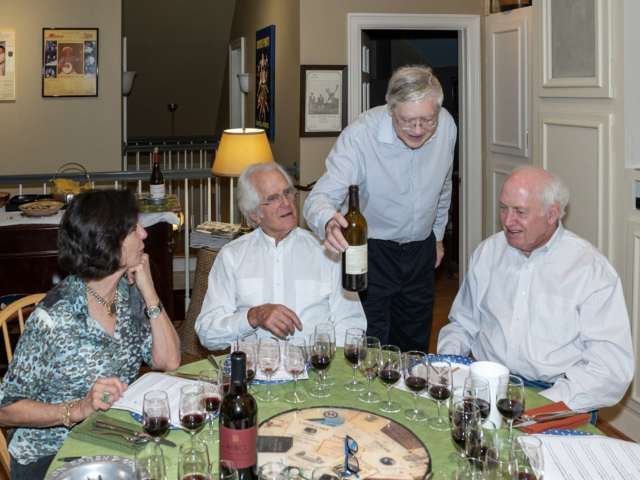 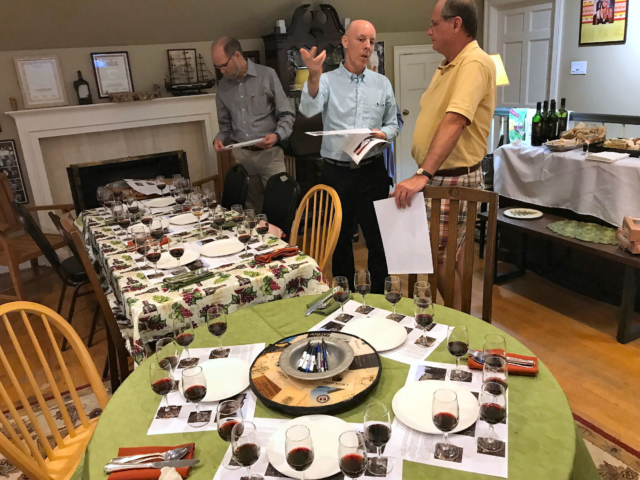 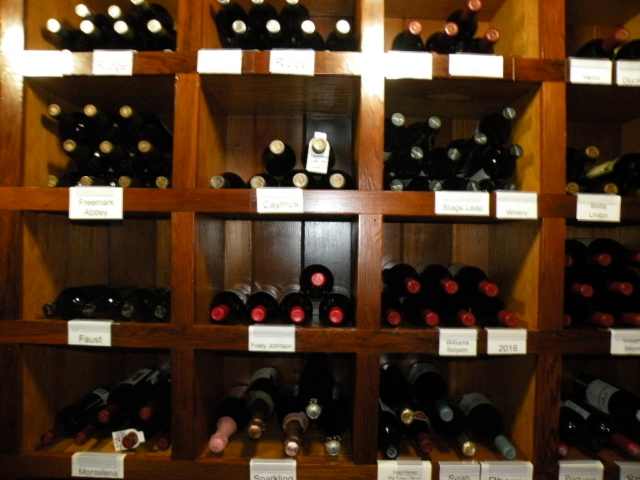 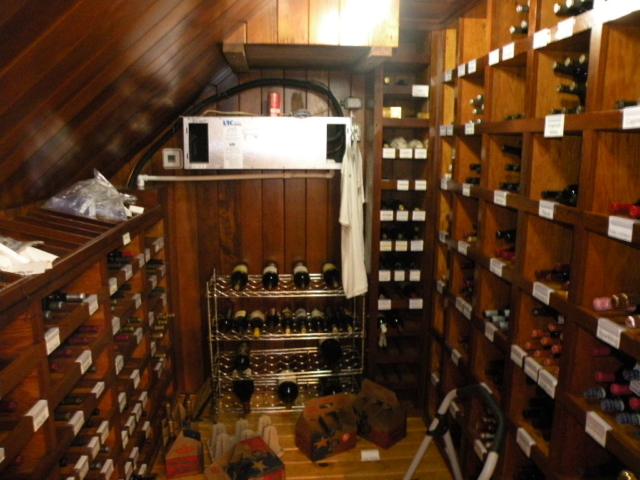 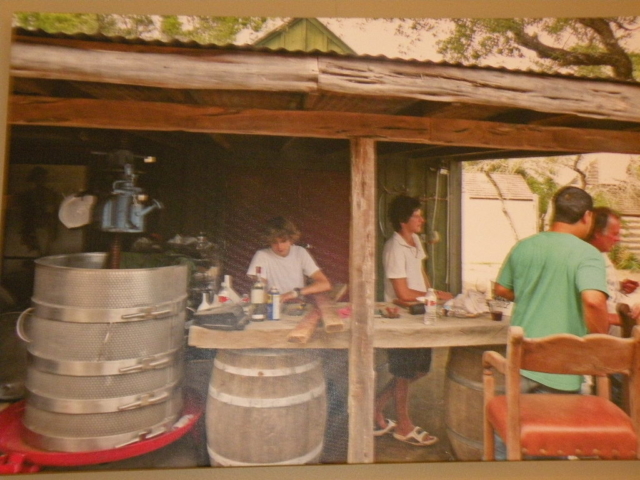