You are here: Home / Designations and Certifications / Achievements and Awards

My greatest achievement is building a successful real estate company. What has given me the most joy is being a single parent who raised two great boys. Life has given me the unique opportunity to see things from the side of the wealthy and the poor.

I owe my success to St Luke’s Methodist Church, great friends, and hard work. I have tried to give back to the community. I have chaired many events, auctions and groups. What follows are some of the achievements and awards that I have been recognized for.

The greatest reward that I can receive is to know that I have helped to make people’s lives better. When the times comes and I leave this world I hope that I Bill Edge have left the world just a little better. I have no plaques or titles to show how I have helped people better their lives. Only that feeling of walking above the ground that you get every time you do something to help others. 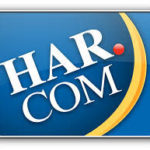 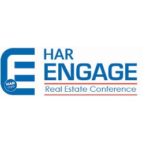 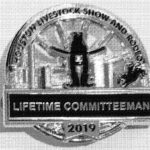 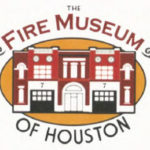 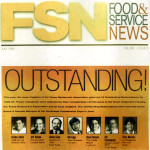 The outstanding Restaurateurs were honored at the Board & Awards Banquet at the Southwest Foodservice Expo in June 1999.

HFM Trustee of the Year Award 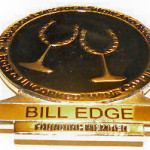 First Captain of the Dishwasher's in charge of planning and implementation of a system to clean and sanitize 18,000 wine glasses 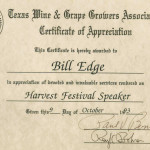 Texas Wine & Grape Growers Association Certificate of Appreciation
is hereby awarded to Bill Edge.
In appreciation of devoted and invaluable services rendered as Harvest Festival Speaker. Given this 9 Day of October 1993. 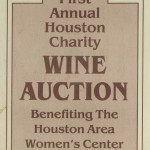 Benefiting the Houston Area Women's Center
Sept 11, 1988
Up to 100 lots of premium wines - ranging from case lots of California wines to the extremely allocated 1982 Chateau Petrus 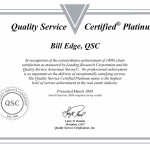 In recognition of the extraordinary achievement of 100% client satisfaction. The Quality service Certified Platinum status is the highest level of service achievement in the real estate industry.
Presented March 2009 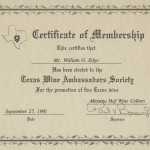 CERTIFICATE OF MEMBERSHIP
This certifies that William G. Edge has been elected to the Texas Wine Ambassadors Society for the promotion of fine Texas wine.
September 27, 1991 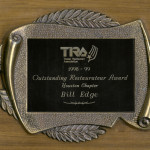