You are here: Home / Magnum’s Ferrari sold to Bill Edge

A Magnum’s Ferrari used by Tom Selleck’s in Magnum P.I. was sold in Houston to Bill Edge in 1983 by Steve Forristall, owner of Forristall’s GT Cars, inc.   Following is the story written about this purchase in the Houston Chronicle

Tom Selleck (he’s the one with the mustache) was recently voted America’s favorite male television star.   And sexiest.  Whenever Selleck smiles, ladies across the country forget their inhibitions – not to mention  their husbands.

Selleck, as star of Magnum, P.I. drives a fire engine red Ferrari 308 GTS in the show, which is set in Hawaii.  So what was Houston restaurateur Bill Edge doing in Selleck’s car?

It seems – according to Steve Forristall, owner of Forristall’s GT Cars, inc. – that Ferrari supplies new cars to the Magnum series.  One is used in action sequences; another for close-up shots.  The two are replaced every couple of years.

The car that found itself in Houston was the one used only for close-up and still shots. Edge (he’s the restaurant manager), is so happened, was in the market for a Ferrari (he was tired of his Porsche Targa – they’re, well, they’re just all over the place), the car was available, and before you could say, “Roll the credits,” a deal was struck.

The Ferrari (it has a V-8 engine, four overhead cams, fuel injection and can hot 150 mph faster that you can say chicken-fried steak) has a special engine serial number, among other things, and was o the block for around $60,000. And what did Edge get for his money?  Well, the car, of course, and a Hawaiian shirt like Selleck wears, a Detroit Tigers baseball cap like Selleck wears, a cassette of the Magnum, P.I. theme song – but at last report – no bevy of beauties like Selleck has. 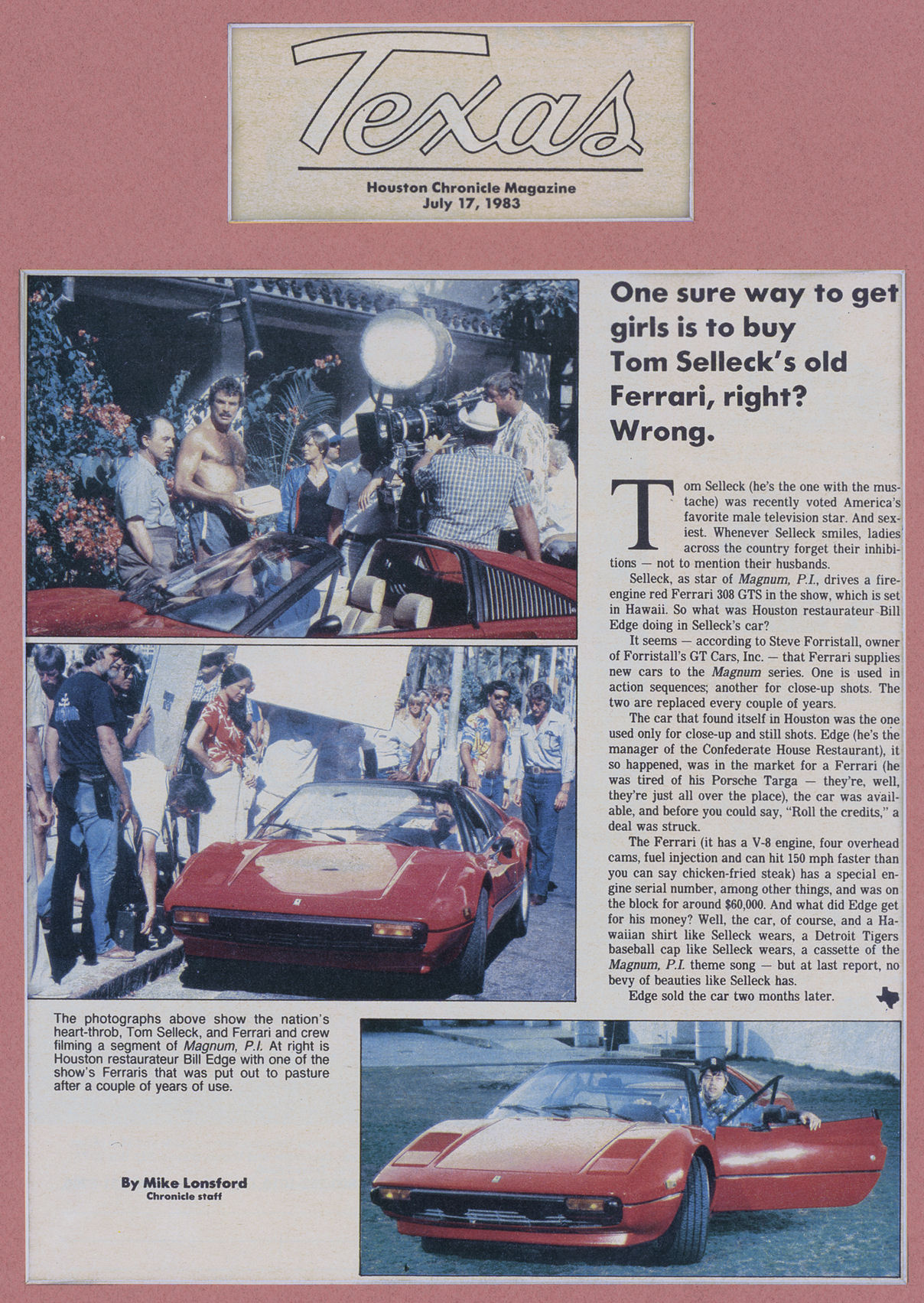