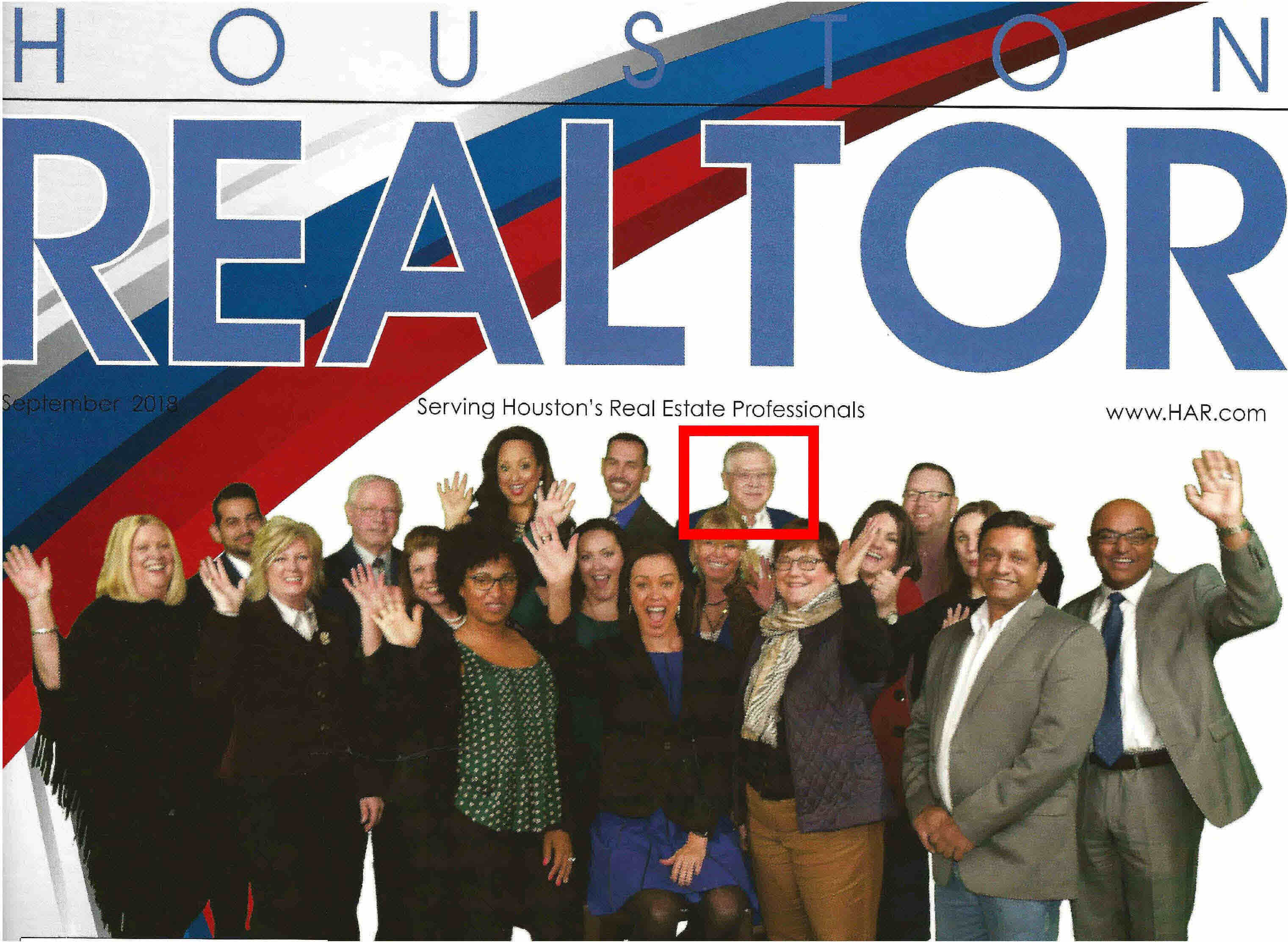 My picture is on cover of the Houston Realtor® Magazine

There is no greater feeling than having your picture on the cover of your industry’s magazine. In my life I have worked in 2 industries, the Restaurant industry, and Real Estate. The restaurant industry taught me the customer (client) is King. And the real estate industry gave me the opportunity to help people with their lives and make a difference in the community.

Along the way I served as President of the Greater Houston Restaurant Association and will be the next President of the Houston Independent Real Estate Brokers Association. I have served on charity Boards, served meals for people in need, built houses for Habitat for Humanity, cleaned beaches, lots, and streets, listened to people who needed a friend, got more paint on me than the building I was painting, had a rash for 2 weeks on my legs from helping with hurricane Harvey, and worked in areas where the police are afraid to go.

I have fought hard for what my industry valued. As President of the Houston Restaurant Association I was faced with city council wanting a non-smoking ordinance. I don’t smoke and virtually the whole executive committee of the Houston Restaurant Association at the time did not smoke either. But our industry was concerned that changes would cause members to lose their businesses. I stated our position at City Council and helped organize our group to fight what we though was government interference. It was 10 years later when the anti-smoking ordinance finally passed. I received the Houston Restaurateur of the year Award for my work in defeating what our industry thought was a threat.

This year I spoke to City Council about ordinance 19 (Houston’s flood ordinance). The group I represented this year was the Houston Association of Realtors. Most importantly I represented the home owners of Houston who were in danger of losing their homes. My concern was the permitting process will hurt low income and working class Houstonians.

I have been involved in hundreds of residential and commercial real estate closings over the years. I truly believe that I have helped people to the best of my ability. My concern has always been to put their needs above my own and fight hard for them. The reward has been the feeling you get from helping others.

I can see my smiling face